So I bought some Army Painter Quickshade to try out dipping miniatures.

There were mixed results. Here is the first and worst of the bunch: 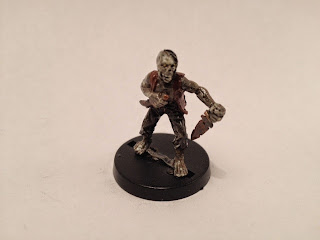 
Not sure what I did wrong.  Too shiny. Over coated. Some spots seem to have no coverage while other had too much.  Had to repaint teeth and eyes, but I knew this was likely as it was possible to overpower the basecoat.  But I’ve watched you tube vids and I guess I expected more. I might not have shaken it up as much as I should have.

This was the best of the bunch; I believe his blue robes and purple hood dipped well: 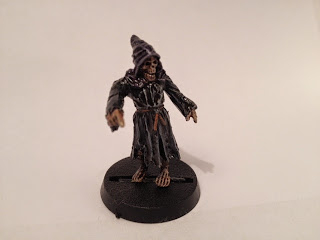 I couldn't get a good picture of the second Juju Zombie by himself but here is the whole bunch: 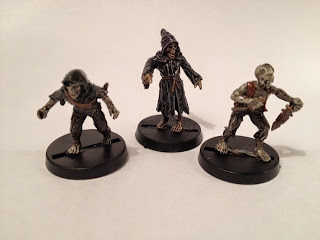 The dip does cover some of the warts but it's still a work in progress.  I watched a tutorial that recommended using a makeup sponge to soak up some of the overwashed areas.  I'll try to remember to pick one up.
Anyway, it's become a game of "did I like it better before or after?"  Here are some more: 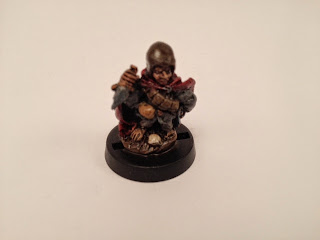 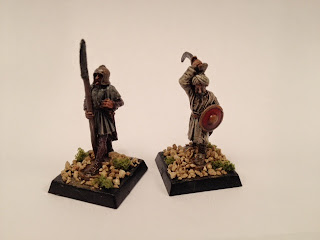 Ral Partha
01-128 Brigands Caravan
Loved how the guy on the right turned out.  Apparently whites dip well.  The left guy came out a little too dark.

Posted by Jonsta at 4:02 PM No comments: